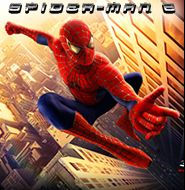 THE AMAZING SPIDER-MAN’Widescreen’ magazine have interviewed animation director AnthonyLaMolinara and lead animator Spencer Cooke, who will both be working on2004’s “The Amazing Spider-Man”. Both confirmed that Doctor Octopus isthe bad guy in the new movie!

LaMolinara: “What’s going to be really difficult in the next film isDoctor Octopus. Making those tentacles look right and look believable inthe context of being on that character, that’s gong to be verydifficult.”

“We’re working solely on Doctor Octopus right now. Each arm is like adifferent character and it’s a lot of work. We’re still developing theintricate process of how it’s going to look and move around.”

Cook: “There’s a tricky balance with that character. He’s got fourmechanical arms that need to interact with him – they’re his servants tosome extent – but they also have individual aspects of his personalityso we’re working on portraying that.”

“Also, from a technical standpoint, we’re working on a model that hasthe animation controls that we need to get the actions. It needs to besomething all the animators are comfortable with so they don’t getbogged down by technical aspects.”

ALFIEMichael Caine has confirmed that one of the writers for “Frasier” isreadying a script for a remake of his cult hit “Alfie”. Caine said: “Ifeel rather jealous. I think Brad Pitt’s going to play it. He’s a verygood actor, but he’s too good-looking so people don’t think he can act”. 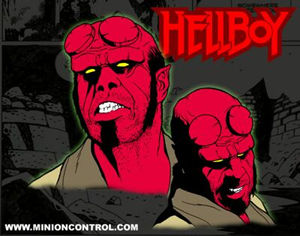 HELLBOYA spy who has read the “Hellboy” screenplay blurted his comments to the’Corona’ website recently, saying: “I just finished reading the scriptfor ‘Hellboy’, and boy oh boy is this one going to be great! It’s beenawhile since I read the first few mini-series, but this script is prettyfaithful to the comics as I remember them.

“And it’s got plenty of that Mike Mignola weirdness that defines thebook: Talking Corpses, Clockwork Nazis, Cthulu-esque Monstrosities, andat least two instances of Hellboy falling into a pit (which seems tohappen in every issue).”

HELLBLAZERThe graphic novel “Hellblazer”, about a British working-classoccultist/thief/con-artist/ex-punk womaniser called John Constantine(phew!) is to in pre-production to be adapted into a film – starringKeanu Reeves!

This is the current rumour circulating the movie-world, amidst fear thatthe American filmmakers will dilute the anti-hero appeal of Constantine- who regularly managed to outwit The Devil and save the world with hislimited magical ability and hard-assed attitude.

Tarsem Singh (“The Cell”) was interested in directing, with the currentscreenplay basing Constantine in an apartment above a bowling alley witha “Dirty Harry set in the occult world” vibe. Unfortunately Singh wasforced out over legal squabbles with ‘Warner Brothers’. His replacementcould be music video helmer Francis Lawrence.

The character John Constantine was created by comic-book legend AlanMoore during a run of “Swamp Thing”, but found success with otherwriters/artists in his own graphic novel series since then. 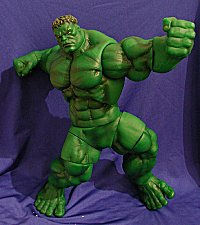 Snapshots of prototypes for Hulk action figures to accompany next year’sfilm have been released. The figures are said to be fairly accuraterepresentations of the CGI Hulk now used in the film. (see right)

LOONEY TUNES – BACK IN ACTIONMatthew Lillard (“Scooby Doo”) will reprise his role of Shaggy for JoeDante’s “Loony Tunes” movie. Lillard has said: “I play me talking with[an animated] Shaggy, so it’s kind of funny. He’s giving me thebusiness, and I’m giving it right back.”

Producer Larry Doyle added: “Matthew Lillard is actually having anargument with Shaggy, who feels he portrayed him as an idiot in themovie, and [threatens] that he’ll take him out if he does it again.” 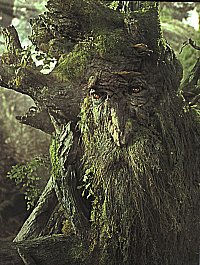 THE LORD OF THE RINGS – THE TWO TOWERSThe first image of Treebeard (a ‘talking tree’ known as an Ent) from”The Two Towers” has been released – together with a daylight shot ofthe CGI Gollum (seen only briefly in “The Fellowship Of The Ring”). (seeright) THE MATRIX RELOADEDSpecial effects wizard John Gaeta spoke recently about the improvementshis celebrated “bullet-time” effects from the original “Matrix” film.

He said: “The next films will blow your minds. We’ll show all thefaithful that the concept of bullet-time still rules. We have trashedall the previous methods, they are ancient history.”

“And once again the victory will be for the movement in digital filmcircles which have devoted themselves to visualizing virtual cameras andvirtual reality for the first time on the big screen. Many ideas andinfluences are in the mix but only one film will present them withmeaning and purpose which served the story of a superman Messiah namedNeo.”

ROBOTS’Ice Age’ director Chris Wedge will next make “Robots”, anotherCGI-animated movie. Wedge said: “It’s being written by Lowell Ganz andBabaloo Mandel [‘Multiplicity’], and it’s being designed by WilliamJoyce [‘A Bug’s Life’]. So it’s a real fun, big collaboration, and it’sgoing to be a really colourful, funny movie. It’s not [science fiction].It’s a completely fresh take on the world of mechanical people.” SOLARISProducer James Cameron gave an indication about what audiences canexpect from his collaboration with direct Steven Soderbergh. He said:“This movie is not an action film and people need to know that going in.This is science fiction the way science fiction used to be back in theFifties and Sixties when it was a fiction of ideas, a fiction ofpeople.”

“From the moment Kelvin [George Clooney] enters the space station, youknow that there is great jeopardy there. You don’t understand the natureof the danger right away. You think that it could be anything – therecould be a monster there, a murderer. It turns out the jeopardy is toone’s sanity.”

“Kelvin’s strongest image is of his wife who died several years earlier.So Solaris in a sense sets the stage for a playing out of thisrelationship beyond her death, which is a pretty dramatic conceit.” 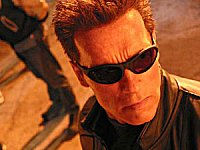 TERMINATOR 3Arnold Schwarzenegger has spoken about the female villain in next year’s”Terminator 3″ saying: “She will kick ass. A person that you never wantto meet in your life because she is more than devilish! She has plasmaweapons and tries to kill me with them.”

“With these special weapons she can destroy everything that she wants.Our fight scenes are really extreme, with the plasma weapons the TX candestroy almost a whole city and I must prevent that. But it’s hard to dothis. More at this point I can’t say. It’s really top secret!” 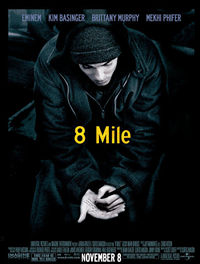