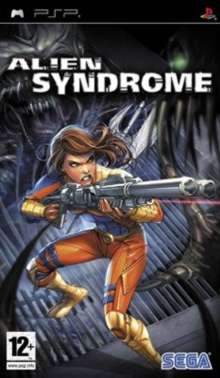 Alien Syndromeis a classic Sega arcade game from the ’80s that was quite a bit of fun when it first started off, but nothingseems to have been improved upon for its 21st century update.

As you walk down long corridors and open spaces, you’ll go through the usual malarkey of collecting keycards andpicking up powerups, while, at first, aliens slither towards you and they take forever to kill – and you stillneed to kill them to gain points to increase your skills at strength, dexterity, accuracy and endurance, theskills for which differ depending on the profession you select at the start of the game, such as sharpshooter,firebug and demolitions expert – so it’s not as if you can just say “Nuts to this” and skirt round them becauseyou’ll never develop as a result; well, as much as you can develop because this is only a thinly-disguisedattempt at an RPG and not a real one, since the emphasis is more along the lines of an arcade game. 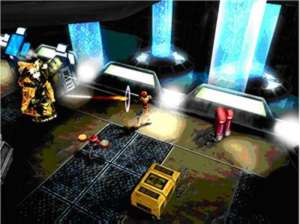 In addition, there’s lots of things you’re good or not so good at, and it’s the choice of profession that dictatesthese things, such as ability to melee, the strength of your armour, how good you are at combat, etc.

On the plus side, here, you can strafe left/right while firing your weapons and eventually the baddies willbreak up and their smaller parts can be picked off… but then more come. You also have a robot helper calledSCARAB which will chip in and do its best, but it’s not exactly Alyx from Half Life in terms of the helpit can give you.

The graphics give you the right impression that you’re on a space station littered with little else but creepycrawly aliens, but there’s no particular WOW factor to it. Sound is functional with big bangs when you open upa crate of powerups and other bits and pieces but after a few of them you soon get used to it. 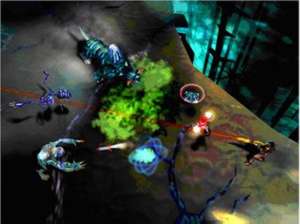 All that said, in Alien Syndrome there’s still very little variety and it soon gets repetitive, so allthese things which make it sound unique never really come into play in terms of grabbing your attention and makingyou feel more immersed in the game.

Hence, and for the Simpsons fans amongst you, when your character dies and it says, “Aileen has perished.Would you like to play again?”… like Lee Carvello’s Putting Challenge, the only answer in this poor gameis “No.”