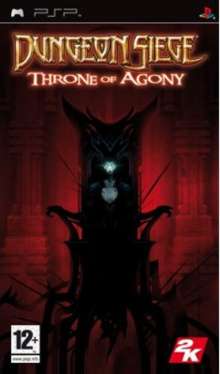 In the first Dungeon Siege game to grace the Sony PSP,the “Throne of Agony” in the subtitle doesn’t refer to a spell on the toilet after a heavy night out and aspicy kebab or three from Rusholme’s curry mile…

Made in isometric 3D, Dungeon Siege: Throne of Agony is very much a combination between an RPGand a game where you run about and hack-and-slash the baddies. I’m not keen on RPGs at all, so that doesn’thelp in its favour from me, but it may be of interest to those who are, although aren’t those supposed tohave turn-based combat? When it comes to this title, it tends to be a case of whoever strikes first andlongest in battle is the one who survives.

You can choose between going for a single or a multiplayer game, the latter featuring a cooperative campaignwhich allows you to play with a friend and each player can bring a pet or companion, adding up to a four partyexperience. Also, battle arenas allow a concise, fun party experience for players who don’t have time for afull campaign.

However, I went for the single player option, in which you pick a character and then a follower, so as Ihad gone for a strong character to fight with, I picked a follower that was good at magic. Note that asfollowers die, new ones can be summoned. 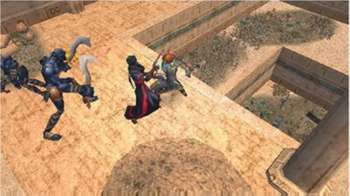 I started off in Savage Woods, then onto The Broken Woods – which contains sections such as the Weeping Forest,the Scorched Hamlet plus the Shrine of Life, in which to recite incantations (no, not ‘Catchaphya’!)of one kind or another and a teleporter.

As you progress, you can collect money and potions to boost health and mana as you go, as well as items likea Lightweight Patchwork Cloak that helps add armour and also boosts your attack and move speeds once equipped.

I also came across a weird character called Scuttles, in a small cave, who sounded exactly like Gollum fromLord of the Rings. Coincidence? He wanted me to get him some fish-bits, and started singing “fish-bits”in the same way as the “fish-heads” song 🙂

In addition, I met a guy called Klars who was offering to swap me one of his stone tablets for a specialcode from a previous game in the series, Dungeon Siege 2: Broken World or alternate ancient tablets. 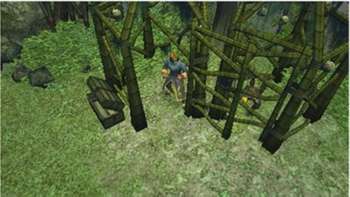 In Dungeon Siege: Throne of Agony, the graphics are good, but a little bit simplistic at times giventhe isometric element and the sound is atmospheric in setting the scene.

Very slow to get back to the main menu to re-load in a previously saved gamePlus, saving and then going back to a level by loading it in, results in you being put at the place whereyou initially entered the level, and not where you were when you saved (if that makes sense), so that’srather disconcerting. At first I wondered, when I die why am I not just given the option to load in thelast saved game rather than restarting the whole level, thinking that that just saved the entry point atthe level and since they can get very difficult at times you want to save the point after you’ve offed someof the baddies, not before all that, but I soon realised that when you load your game back in, you don’thave to kill them all over again, so that’s sort of a blessing.

Overall, and this is probably why I don’t really go for RPG adventures, this one is fun for a while butsoon gets very repetitive as you kill the same kind of beasts, collect gold, upgrade your weapons and armour,etc.