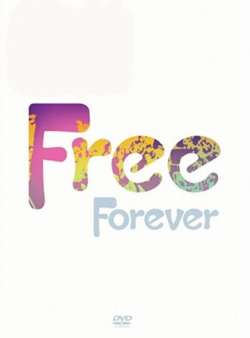 Time to drool over Universal Music Groups simultaneous releases, as they dig out impressive visuals and sounds from the Free back-catalogue.

It marks the first ever official release of rare and legendary performances,and the 30th anniversary of Paul Kossoffs death. The deluxe 2-disc DVDset is the second most impressive music release of the 21st century, afterLed Zeppelins DVD.

Free  Paul Rodgers, Simon Kirke, Andy Frazer and Paul Kossoff should havebeen the biggest band on the planet  a mixture of internal problems put payto that.

This superb 2-DVD set brings back fond memories of their journey to nearglobal success, using rare and previously unreleased material running 275minutes. Disc 1 In Session, a mix of live recordings from the famous Germanprogramme Beat Club from 1970, a British TV concert in the same year andvideos.

Free, the least flashy of bands, was all about the music -understated at that, with the Beat Club visual effects looking dated.Thankfully they dont distract from brilliant live versions of Mr.Big,Fire And Water, with All Right Nows solo by Kossoff a memorableexperience despite the OTT effects. Granada TVs Doin Their Thing in colour(July 24 1970) finds them at their peak, doing five live songs includingRide On Pony, Ill Be Creepin and a mind-blowing All Right Now.

Disc 2, In Concert is their legendary 1970 Isle Of Wight gig, a peculiarmix of audio and film footage. Audio only, covers seven songs, whilst thefilm has three  Be My Friend, Mr.Big and, as per usual, a blisteringAll Right Now, all faithfully restored using multi-angled shots, splitscreen, aerial views, with 5.1 surround sound bringing the music bang up todate.

Interviews with surviving members Rodgers, Kirke and Frazer give a fascinatinginsight into the formation of songs, particularly All Right Now, consideredthe most cocksure air guitar anthem of all time, even though the band wasntsure about its release.

It did, however, provide them with much media attention as it went to number2 in the UK, and gave them regular gigs for the next two years.

Live At The BBC, a two CD set of 20 tracks, including several takes ofBe My Friend and Ride On Pony, is a rare audio experience indeed.

Disc 1 In Session 1968-1971 is lifted from various radio programmes likeTop Gear, World Service Rhythm & Blues and Sounds Of The Seventies. Formedin April 1968, theyd made it to the Beeb by mid-July where we hear theirembryonic blues work on BB King and Freddie Washingtons Waiting On You(track 1) with Andy Frazer doing some dazzling bass work just days after his16th birthday.

By far the most fascinating tangent from their blues is the brittle-likeacoustic led Over The Green Hills and laidback Mouthful Of Grass.Again All Right Now is sensational. Off-air recordings of In Concerts11 songs have been used to bolster the demand for a comprehensive compilation.

Also available is the re-release of last years Free  The Very Best Of (Chronicles) as a 2-disc CD set, featuring hits and album tracks.