V-Rally 3for Xbox
Distributed by
Atari 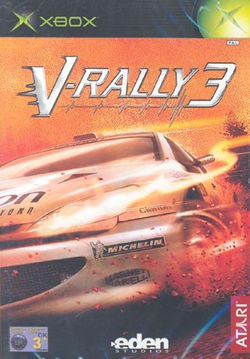 The third main game in the series and not a great deal has changed,but there’s still a fair bit of fun to be had.

Basics out of the way first. The modes to this game are a Time Attack,in which you can drive across 24 tracks over six countries, a Challengemode where you must complete several tracks in a row across the differentcountries in sponsored challenges and get the best time overall. Then there’sthe V-Rally Mode: sign up with a famous team and race in a number ofrallies, again with the intention of being the best.

There’s scores of options to be found in terms of servicing your car (choosingfrom one of more models than you can shake a stick at) and you can inspect therace schedule in closer detail. 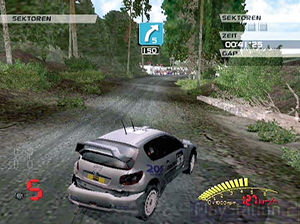 For the graphics, on the Xbox it’ll obviously look better than it has donebefore, but while it moves at a decent pace and has great lighting effects,overall it just doesn’t seem to shine quite like it should.

Soundwise, how long since you actually heard a car racing game sound anythingmore than average? Once in a while, but not often – and this is no exception.That’s not a major hassle here though since it doesn’t hinder the gameplayas your vehicle rasps along. 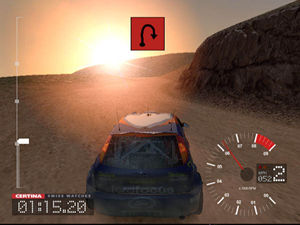 When it comes to playing the game, V Rally 3 shares the same difficultphysics of its predecessors. You can get used to it after a couple of races,but it doesn’t really feel like it’s come on a great deal since the originalrelease,

Try to rent this before you buy, since while it may have all the options eventhe keenest rally driver would want, overall it’s just not as impressiveas I hoped for. TryProject Gotham RacingorBurnoutinstead.