(The Navigator: A Medieval Odyssey, Vigil)

What Dreams May Comeis a fantasy adventure starring Robin Williams as Dr Chris Neilsen, but it doesn’tstart out that way at all. After finding the love of his life in Annie (AnnabellaSciorra), they only have a few short years together before their childrenare killed in a road accident and four years later Chris follows them in a similarway. Unable to cope with life without them all, one of Annie’s suicide attemptsworks, thinking she will join them. However, it’s not that simple. Good people go to heaven,but bad people, ie. those who chose to take their own life, are sent direct to hell.

Before Chris learns of her death, we are treated to a gorgeous utopian vision as he exploreshis own heaven, depicted in three screengrabs in this review, escorted by Albert (CubaGooding Jr.) who is sent to save lost souls that have given up all hope. The scenescreated come out of a combination of Chris’ mind and Annie’s paintings from the real worldand the film won an Oscar for Best Visual Effects and another nomination for Best ArtDirection. When Chris finds out what’s happened to the wife he left behind, he is determinedto save her from hell and from herself. It’s never been done successfully before but he isassigned a Tracker (Max Von Sydow) to take him there.

When Chris and Annie meet up again, he is pre-warned that she will not recognise him, havingcompletely lost her mind, resulting in her vision of hell being of a decrepit house withno future. Chris then has the choice to stay for as long as he can to convince her what todo, but if he’s not careful, the depressing landscape may bring about his own downfall too. 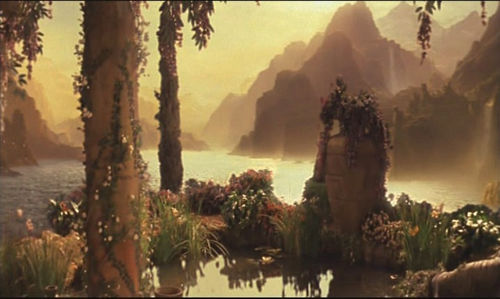 The picture quality is unsurpassable for almost the entire film, only a couple ofscenes with few special effects looking a little hazy at times, but nothing to betoo concerned about. The average bitrate is 4.68 Mb/s briefly peaking over 8Mb/sand it’s also anamorphically-enhanced for widescreen televisions. The widescreenratio of 2.35:1 is the only way to see this film and it’s worth a rental if forthe visuals alone.

The surround soundtrack is packed full of reasons to have the volume on full.Whether its the glowing ambience, the depiction of heaven and hell or themoments that surprise you with a neat surround effect, it never fails toimpress and is presented in Dolby Digital 5.1. 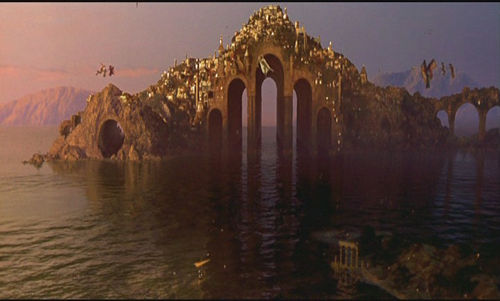 Extras : Chapters :There are the usual 18 chapters for a Universal DVD, only one less than the Region 1disc and the theatrical trailer is included as well. Languages & Subtitles :Two of each: English and German in Dolby Digital 5.1 surround sound plus subtitlesfor the same. And there’s more… :In the same languages, the book provides cast Biographies on the main fourcharacters as well as Production Notes on the making of the film. TheInterviews section is more a six-minute featurette mixing comments and chatfrom those concerned in with 16:9-cropped clips of the film. Menu :A static and silent shot of Williams overlooking heaven, with the usual optionson display. Other selections also offer exquisite backdrops. 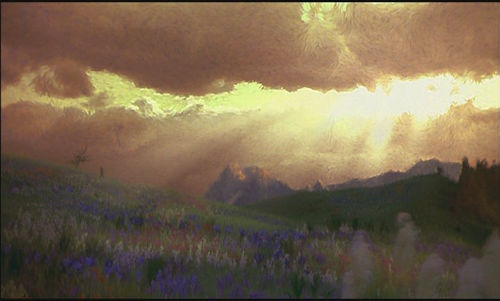 When I first heard of this film, it received a severe bashing by critics, butI really enjoyed it. All the main four actors play a convincing part and, whileit doesn’t have anything particularly new to say about what people go throughemotionally when they lose their loved ones, the bizarre nature of the story and theexpansive locations which look like they cost a fortune to create quickly draw you in andthe whole package makes for an engaging watch. It does make you think a little aboutwhat there is on the other side, if anything.

However, if you’re making a choice between this and the American disc then that onehas it, since it contains an audio commentary from director Vincent Ward,a photo gallery, an alternative ending and a featurette about the special effects.FILM : ****PICTURE QUALITY : ****½SOUND QUALITY: *****EXTRAS: **——————————-OVERALL: ****