102 Dalmatians: Puppies To The Rescue: Rather like last Halloween’s Muppet Monster Adventure, this too is a Croc-a-like, the idea being that you have to save your siblings from the nasty Cruella de Vil in her house and its grounds. Each of them are trapped in wooden boxes requiring you to roll into them to let them out.

Barking at toy clapping monkeys and jack-in-the-boxes will spill some bonus bones to pick up and you can save your position when you find Waddlesworth the parrot who helps you out at the start. 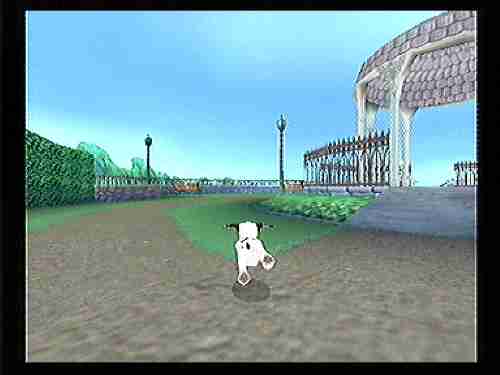 There are 20 levels in which to play, plus six mini-games including Mini-Golf which reminded me of the Atari ST’s Zany Golf in the early 90s and Dig Dog is a reworking of Pelmanism, a game of matching pairs.

The graphics are fun and extremely colourful and are well-executed. The tunes and sound FX are simple but are tailored to keep children entertained. 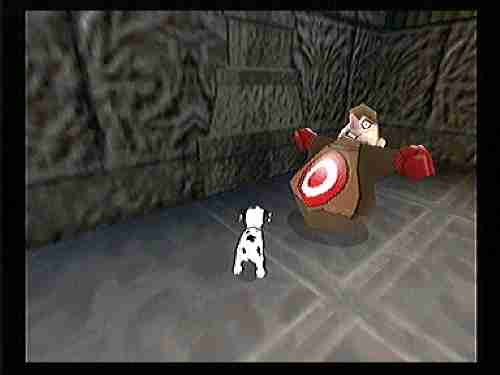 Make no mistake, this game is one for kids only. I quite enjoyed the mini-games, or the first two at least as I didn’t get any further with them, but it was all too repetitive. However, if kids today are comfortable with the Teletubbies’ “Again! Again!” then who am I to argue and Eidos will have a film tie-in hit.