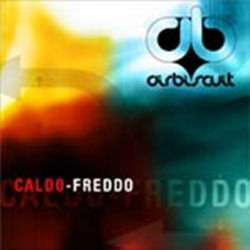 Back in the early ’90s,I discovered the height of ambient music in the form of The Orb – a series of outstandingtunes on their Adventures Beyond the Ultraworld album which really took you somewhere elseand helped you forget about the usual rigours of life. While Airbiscuit aren’t them,they take things along in their own direction, here with a 2-disc set that covers both the fasterand the softer side of their work, occasionally featuring the same tracks in both versions.

The first disc, labelled Caldo, is the more upbeat one of the two, beginning withFibre (single sleeve, right), which starts with a fast guitar and would be the kindof song to drive along to. Next up is Taken, opening with thumping drum beats and thesubtle touch of a woman’s orgasmic sound, the overall feel giving the vibe of the late ’80s hitJack Your Body by Steve Silk Hurley. After more driving music in the form of ChineseCandy, we head into Fundamental which samples the riff from Puretone’s Addicted ToBass in a subtle fashion while blending in over-fast beats to a satisfying conclusion.

Real, in its House Mix form, has a sophisticated and intelligent-sounding mix that wouldappeal to all palettes looking for a bit of enjoyable music escapism and aren’t into heavy dance,and which – if I’m not mistaken – samples a drum-riff from another ’80s classic, Farley JackmasterFunk’s Love Can’t Turn Around. Towards the end, Still becomes the first track with vocalsand carries us effortlessly in the direction of disc two. 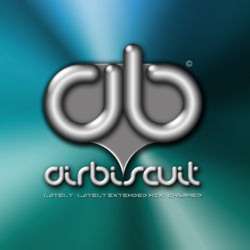 On the Freddo side, things take on a slower pace in general to the point of “chill out”,starting with Sublime, another vocal track, this time with a gritty, urban feel to it.With Got Carter, you discover more chart-style dance beats to this one, but it’s stilldone in a way which really works as it sounds part like a groover and part like a spy theme.Very cleverly done. Wonderous strikes me as evening-style light dance music, if thatdoesn’t sound too vague, and then comes Lately (single sleeve, right), here in an extended7½-minute version, is a gorgeous slice of ambience mixed with soothing vocals.

Continuing on, we revisit Real in its original form, and the final three tracks, Baad,Shine and Chalmed, the latter sounding distinctly epic, are perfect examples of howto end an album like this – nothing too demanding, just pure laidback-sounding tunes to relax to,get drunk to, or smoke something you shouldn’t to…

Overall, despite the fact that each track as its own individuality, listening to the first disc ofthese in one sitting and doing nothing would feel a bit like overkill, but they’d provide a greatsoundtrack to one of the many Xbox racing-style games that allows you to import your own CDs, such asMoto GP 2andProject Gotham Racing 2.

As an aside, why can’t I find anything by this band on Amazon apart from their March 2004 singleLately? This band deserve to really go places because their music takes me to various places…