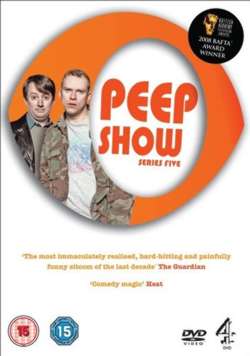 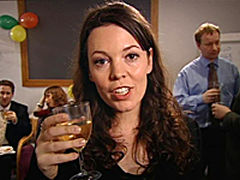 – like BBC3’s Ideal, it’s an excellent sitcom about Mark (David Mitchell) and Jeremy (Robert Webb)as mismatched flatmates, the unique selling point for this show being that the cast often look at each other with camerasstrapped to helmets to give their ‘point of view’ thoughts inside their head. Each series follows on directly from thelast and also continues a narrative and a story arc.

Well, usually, since in comparing it with previous series, this wasn’t as good because there was no real story arc to it -Mark was splitting up with Sophie and landing back in the dating scene, so there was no specific structure. It also got a bitannoying that he constantly was thinking that every girl that came along would be “the one”. Yeah, he was a bit desperateafter becoming single again but no-one in real life would be that obsessive, surely?

Also, Jeremy was still laying about and playing second fiddle far too much. In that respect, it was almost like it was treadingwater, waiting for something to hold onto. Despite all that, though, it still beats the pants off almost all sitcoms onTV at the moment. 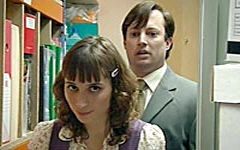 There were so many great moments from the series, such as Mark getting overexcited with office worker Dobbie (Isy Suttie, right with Mark)in the stationery cupboard. Not only was there the moment when the door closed and he thought, “Oh no, this is a disciplinaryhearing waiting to happen!”, but later on when he noticed Jeff and Sophie out of their faces in the stairwell, he retortedin his mind, “Oh yeah, they can laugh, but I win because they think I’ve pissed myself. They’ve no clue I came all in mypants!”

In episode 4 when Mark is having dinner with Jez’s Mum and Martin, her boyfriend, with Martin is talking about writing a book:

And following his encounter with Martin’s well-built daughter, Natalie (Ingrid Oliver), “Technically it wasn’trape, Jeremy, as she never stuck anything up my bum!” 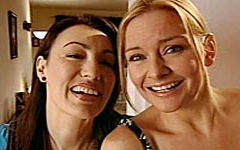 The question is now, who is the father of Sophie’s unborn child? The Law of Obvious would suggest it’s either Mark or Jeremy,but then she looked pally with Jeff in episode two after Mark’s stationery cupboard encounter with Dobbie, and she was alsoin a right state in the same episode as she was found drunk on the toilet floor of a nightclub. In addition, Johnson couldalso be a possibility… since he wanted Mark to sack her after giving him a promotion.

If I had to be nitpicky about one thing, though, their big TV was stolen in the first episode and they didn’t buy a new oneuntil the final episode, so why did they still have it in episode 2?

Occasionally, Peep Show can go a bit over the top, and it was enough for Superhans to just suggest that Sophie’sbrother, Barney (Zac Fox), should suck him off to get ahead in the music world, but to then go ahead and actually haveit happen, even if it was off-camera? Then again, last series they got away with the burning of a dead dog and then eatingit in front of its owners who were the women they were trying to get off with, so I guess it’s allowed one of those eachseries – as long as they don’t do it too often as that would take it entirely out of reality.

Sam Bain & Jesse Armstrong on
BBC2’s Culture Show (June 24th 2008)
The series is presented in anamorphic 16:9 widescreen and the picture quality is fantastic and definitely better thanbroadcast quality. The sound has no problems whatsoever, but is mostly dialogue so performs that function adequately.

The extras are as follows, and they’re okay but not extensive:

The menus feature clips from the episodes along with the theme tune (which I still think isn’t as good as the original, byDaniel Pemberton, only used in the first series), there are a mere 4 chapters per episode (Oh, come on, you cheapskates!)and subtitles are available in English.

Sam Bain and Jesse Armstrong’s recent appearance on the Culture Show, in which they talk about Peep Show, can be found in theYoutube link above. 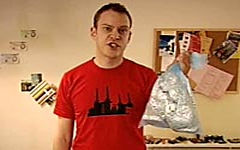