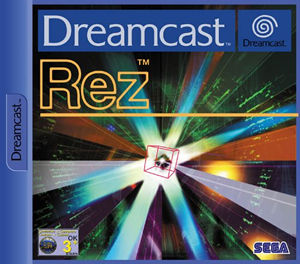 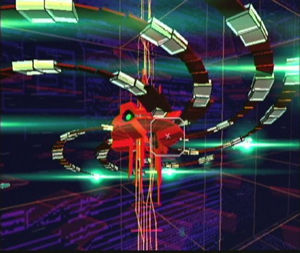 Rezis a vector-based graphics game for the Dreamcast and it’s at this point inthe review where I would tell you what the game’s about.

However, I don’treally think it’s about anything in particular (none that makes sense anyway)other than being a unique into-the-screen shoot-em-up that has slight overtonesof Galaxians – in that you are shooting down wave after wave of aliens-, I, Robot – in that it’s colourful and just plain bizarre, whilstbeing hugely entertaining – and the arcade game shown in the film, TheLast Starfighter. Oh, and of course Tron. 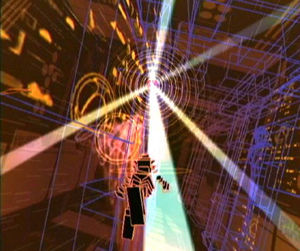 Look at the screenshots and you won’t be able to make head or tail of iteither. Even the tutorial confused me by describing that to kill one of thealien craft that fly about, or interact in some way with everything else, isto hold down what would be your fire button (A), move the cursor into theright position and let go of (A) to shoot. I feared for this being apixel-perfect exercise, but far from it. You can let your aim glide all overthe place and take out a few baddies at once.

While you do this, the techno-bass soundtrack is built around your actionsand you find, for example, that your fire button is the hi-hat and the moreyou press that and the way you move and interact makes the audio experiencea fascinating one, especially combined with the visuals. 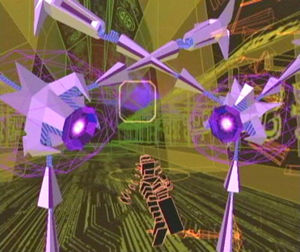 So, for what seemed originally to be a flashy and hard-to-understand gamequickly becomes a blindingly cool game with a high pick-up-and-play factorand is well-recommended for playing in the dark, late at night, with yourheadphones on loud, unless you hate your neighbours, in which case dispensewith the headphones.

Anything else I would add to this review in terms of text would be purelysuperfluous because there’s not a lot more I can add, other than to suggestthat if you’re not sure after seeing it on TV or on a demo disc, then rent itfirst before buying. The scores at the bottom should speak for themselves.

PS. When you pause the game, the ripple effect over the background is bloodyamazing.