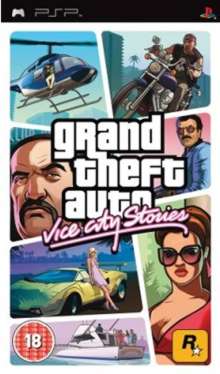 Grand Theft Auto: Vice City Stories is the natural successor to last year’s Liberty City Stories spin-off from GTA3, which went on to be the best-selling PSP game to date.

Okay, so there are going to be few full console games that are going to be made playable on a small machine like the Playstation Portable, and they’ve also got to be adapted so that the missions can run for around 10 minutes tops because the point of a handheld is to pick up and play when you get the chance, so if you’re on a break at work you haven’t got time to cross between GTA’s equivalents of Land’s End to John O’Groats before wiping out a succession of drug lords, you need to nip round the corner and pop a quick cap in their collective asses.

Vice City Stories starts you off in 1984 as the place is on the rebound following a slump that has only been able to get back on its feet thanks to funding from the crime and drug lords. Hence, there’s always going to be a bad ‘un round most corners and as you take your first steps as Vic Vance, there’s no way you’re going to be able to build your empire without getting your hands a little dirty.

In fact, you begin in the army, wanting to make some money, with one of your first assignments being to get some drugs for your superior officer. A double-cross here or there soon into the game and you’re kicked out and on your own. Yes, once again you play as a moral-bound citizen often doing not-so-moral deeds for those above you. And that won’t stop until you’re king of the hill. 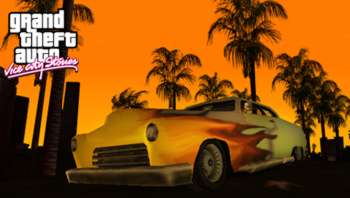 Okay, so it’s basically more of the same as any other GTA game you’ve played since 2001, but that is far from a hinderance. If you’re a fan of this style of game, then when Christmas is appearing on the horizon around and you can get your hands on a new installment, you’re just salivating, ready for it to fall into your hot little hands, and on the gameplay side of things this one is just as much fun as any other release has been.

Just like last year’s game, it feels great to be back in Vice City. Similarly, there’s been a four-year gap between the two and I can see places I remember flashing back into my memory. It’s also a great continuation to the PSP range of these games because you need familiarity to get you used to working on a smaller screen, and this title certainly translates very well onto it.

And the music contained is an absolute treat too. I’m a massive fan of music from the 1980s, particularly the earlier half of that decade and there are more tunes from the likes of ABC, Wang Chung and Talk Talk, plus after playing this new title just a short time, While riding a motorbike, The Thompson Twins’ 1983 classic, Love On Your Side came on Wave 103 FM. I just stopped what I was doing, pulled over to the side of the road and just enjoyed the tune before carrying on 🙂

Of course, I could be cruel and nit-pick about the fact that the song used in the trailer for this game, as well as being featured within, Easy Lover by Phil Collins and Philip Bailey, wasn’t actually a hit until March 1985 when it hit No.1… Yes, I could nit-pick, but I won’t because it sounds so damn good and really takes me back.

If there was any kind of a downside to this game then it would be that it has far from a great storyline, with the marriage difficulties of Louise and Marty greeting you to intervene between shortly after being dismissed from the services, but that doesn’t affect the gameplay and, hey, at least it’s not playing in the current day amidst the divorce battle dividing Paul McCartney and Heather Mucca-Millstone. 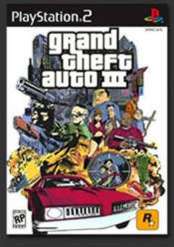 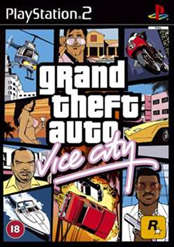 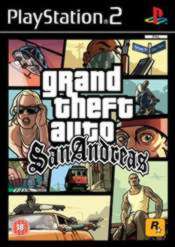 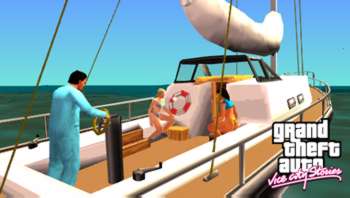 All the SFX and style is there in this release, as is the brilliant physics that make this series such a joy to tuck into. The graphics have a slightly higher score than that of the PS2 versions but that doesn’t mean they’re necessarily better, it’s more that these are absolutely pixel-sharp because of the smaller screen it has to work on. There is a little bit of a blur about them when rushing about but that’s inherent of the PSP and not the fault of Rockstar.

Also, as has happened in all previous 3D incarnations, the graphics can go a bit funny when you’re close to a wall or door and then turn around, as you can appear to partly walk ‘through’ it. Still, this has been happening for a long time now so it’s easily ignorable if it means the frame rate doesn’t suffer and, overall, the experience of Vice City Stories plays a very tight game indeed so it’s immensely satisfying. There was also an issue regarding the loading in of previous saved games which has been resolved, but to save reprinting it here you can read about it in the Liberty City Stories review.

As ever, you can complete the missions in any order that they’re presented to you although it does have a slightly linear edge to it in that some have to be done in order to reveal the next one in the storyline so this can’t be helped and isn’t really a problem as such. There’s a slight difference if you get arrested during a mission since you can now pay a big bribe to get your weapons back – Great! But it’s £2000 for that privilidge… Not so great 🙂

There will be some people reading this review querying why they should buy it on the PSP when they just know that the game will eventually end up on the PS2 like the last one did. Well, all I can say is that if you want to wait up to 9 months for that opportunity then go ahead but, to me, Vice City on the PSP is, quite simply, cool as fuck! 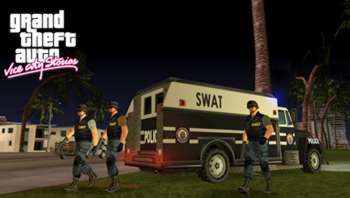 There’s a fair few unique stunts to be found and attempted in this release and it’s still just as much fun to race around on side missions such as with the Vigilante Missions – even if this is rather easier on a PS2 because you can see what you’re doing a bit more clearly. In fact, this mode seems to have shortened the time between changing police cars to just 30 seconds to find a new one before the mode is over.

New vehicles include sea planes, amphibious vehicles, jet skis and the online gaming, courtesy of the PSP’s wireless capabilities, allows up to six players to engage in a game at any one time, with game modes including races, deathmatches, ‘Empire Takedown’ where you place a bomb at a rival gang’s base and have to defend it for 60 seconds, plus ‘Might of the Hunter’ in which you all have to make your way to a Hunter helicopter, the one who gets to it first having to shoot down the others while they take pot-shots at you.

Overall, it’s outstanding how much Rockstar have crammed into a UMD and once you’ve got the headphones on and the lights off, you won’t be at all distracted that you’re watching on a 4.3″ widescreen display as opposed to a big TV. It’s not designed to win new converts to the series, but perfects as a great companion piece to the rest of the series that you’ve enjoyed many an hour progressing through, be it working your way through the standard story mode or branching off into the large number of side missions which all go to help towards getting that elusive 100%. Pure gaming ecstacy!