The remaining computers and consoles were not on, but I was still snap-happy. The first two pictures are of the Commodore CDTV (1991), which didn’t stand for what you’d expect, but instead was the doesn’t-trip-off-your-tongue, “Commodore Dynamic Total Vision”. It comprised of an Amiga 500 in an over-sized CD player case, containing a single-speed CD-ROM drive. Targeted at the same marketed as the ill-fated Philips CD-i, it was marketed as an all-in-one home multimedia device… a bit like the Microsoft Xbox One? Hmm… 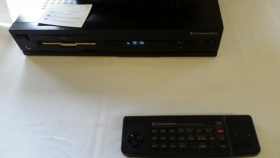 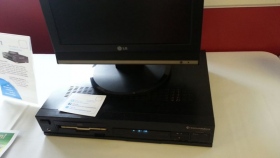 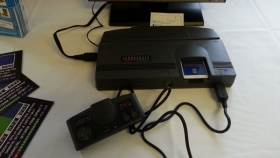 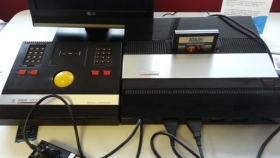 There’s another Atari Jaguar, this time with a Logic 3 controller, an Atari Falcon 030 (1992), Atari’s final computer product before moving back into consoles with the aforementioned Jaguar, and a computer which just didn’t compute for their fortunes.

And then, a rare oddity which I’d never even comprehended before – an Amstrad Mega PC (1993), an Amstrad computer with built-in Sega Megadrive! 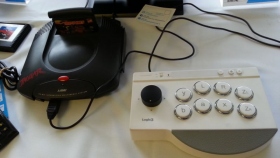 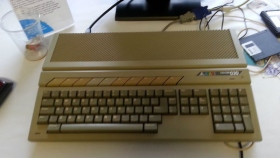 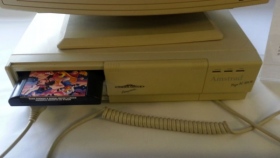 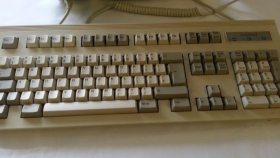 Of the next four consoles, I’d only seen the first one before, and even owned one: The CBS Colecovision (1982) was a rival to the Atari 2600, and the console which I really wanted to own, but since I was only ten and not in full-time employment I couldn’t afford one. Later on, in 2001, I bought one from Ebay with a ColecoVision Atari Convertor (aka Expansion Module #1) and some games, but stored it in the cellar while having some work done on my house, during which there was a flash flood and it was ruined.

The other three are a Commodore 64 Games System (1990), a lot of the games being ports of C64 titles, while Terminator 2: Judgment Day was designed for the console, but was included on a cartridge that required the user to press a key to access the game, meaning it was unplayable – Whoops!; a Sega SG-1000 (1983) and a Sega SG-1000 II (1984), an updated version of the console, released the following year. 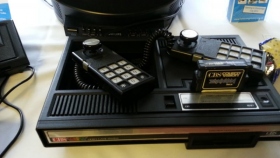 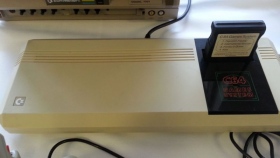 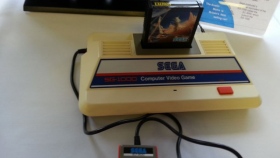 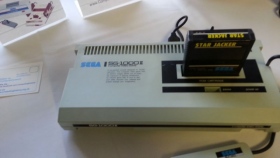 Then we have a Nintendo Family Computer, aka the Famicom (1983), which always looked cool but I never owned one; and a console which doesn’t look at all cool, but I’d have loved to have had a go on it, the original Magnavox Odyssey (1972), aka Odyssey 100. 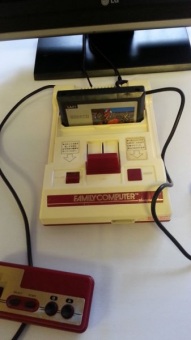 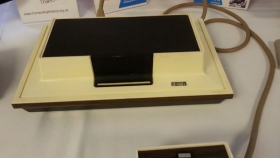 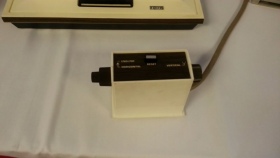