Before I get to the machines, I noticed these beauties. I got the impression these weren’t items for sale, but just a classic set of Ocean games in a cabinet which all hold many memories, some individually and some in collections: Barbarian, Renegade, Rampage, Yie Ar Kung Fu and one of the most bizarre and incredible games you’ll ever play – Frankie Goes To Hollywood, whose ideas were as out-there as the band themselves. 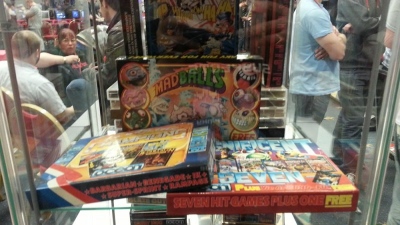 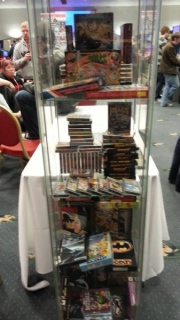 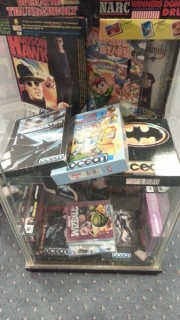 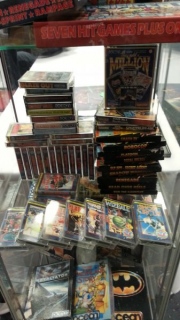 I also saw one stand selling the heart of any original arcade machine back in the day, JAMMA boards! On the left, a selection of prices, and then on the right, Street Fighter II for a mere £30! 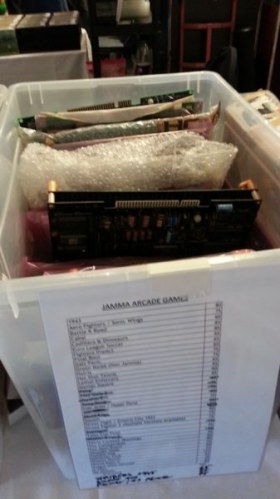 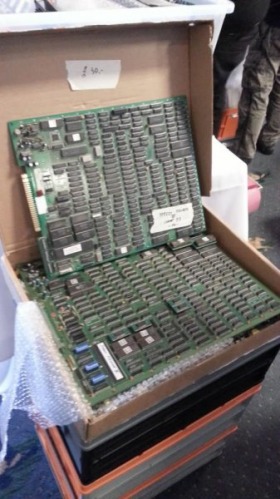 They also sold Neo Geo cartridges. Before this day I never got to play on a Neo Geo game, but when these were first released, from what I learned the games were all arcade-perfect but the individual titles could cost anything up to around £160! A bit beyond my budget, sadly.

Then it was welcome to the machines, and first up was a ZX Spectrum (1982), one of my all-time favourites, with this one being the first I saw with an ingenious RAM pack extension, of sorts. Unfortunately, I can’t remember which game I played and the screenshot doesn’t help much, either. If anyone knows, please tell me and I’ll update this. 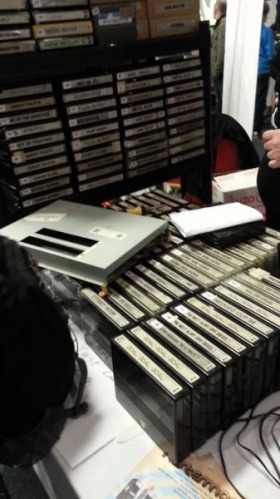 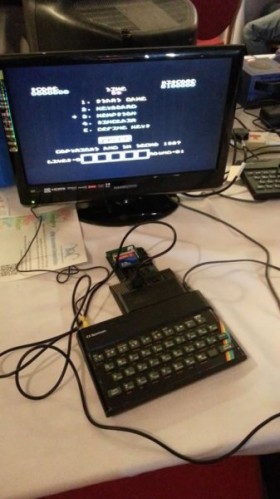 Next up, another old favourite, the BBC Model B (1981), here with a trackball, a teletext adaptor and a number of disks with lots of games available to play – like most, if not all, of the units on display, although I generally just stuck to the game playing at the time on each one. Marble Madness was the game here, but I wasn’t very good at it. Guess I needed more practice 😉 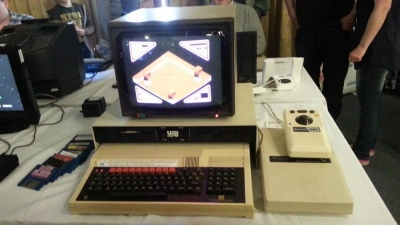 And then another machine, this one playing Super Cobra from 1981. Again, I wish I could remember the name of the unit. 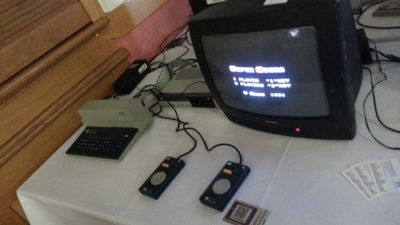 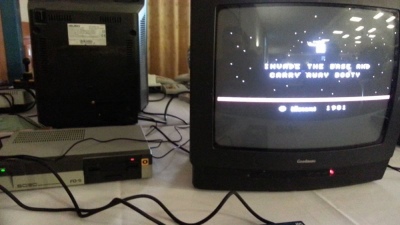 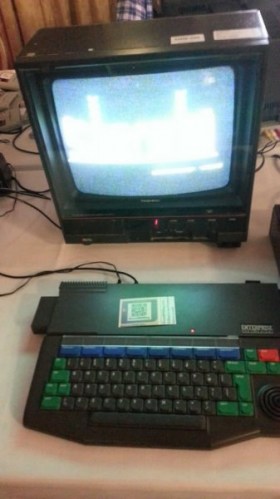 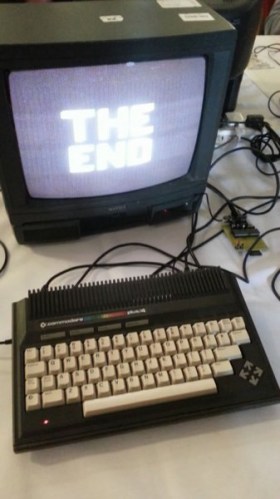 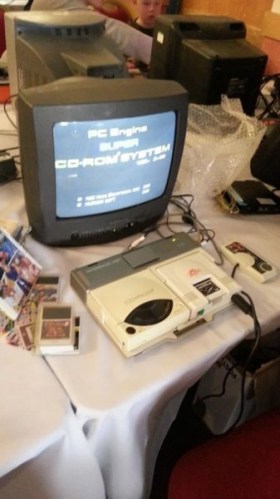 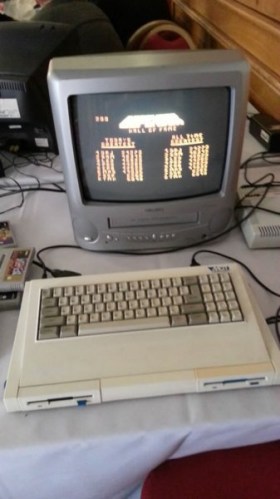 Next up, the old faithful, a Super Nintendo (released between 1990 and 1992, depending on the country), playing Super Mario Kart and a Toshiba MSX HX-10 (1984). Oh, and if you look below that, you’ll see I had the high score on Space Trouble at not long after midday 😉 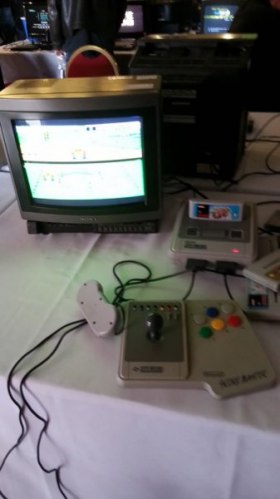 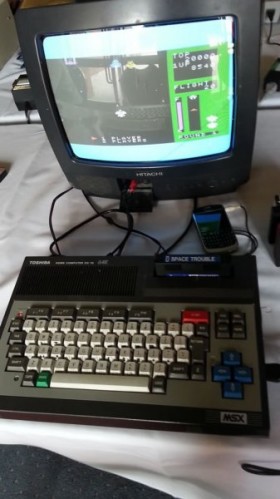 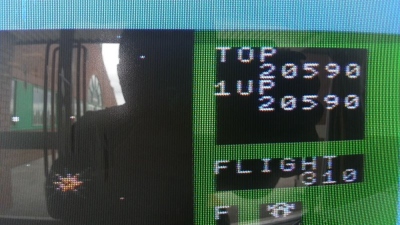