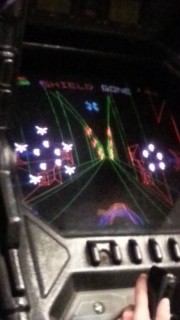 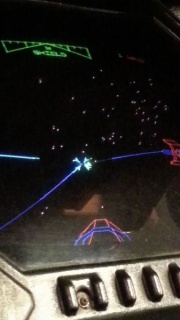 Movie on to arcade machines, we begin with Star Wars (1983), a king amongst games where you can enjoy blowing the Death Star to extinction, as shown in the final act of Star Wars Episode IV: A New Hope.

At Revival 2013, I played the stand-up version, but if you can find the sit-down equivalent, all of your five senses will thank you for it.

Check out the game in the flesh here.

Then, I enjoyed another of my favourites, Phoenix (1980), shown by the first two pictures below, as well as a blast on the original Scramble (1981), albeit with not a great picture for that one. 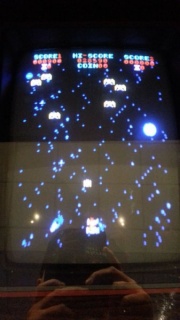 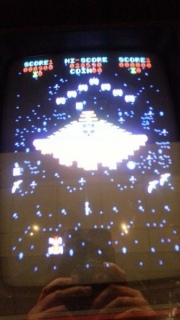 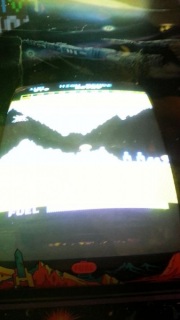 Do you enjoy playing with a tantalising ring? I went back to console-time to enjoy some multiplayer action with 16-player multiplayer for Halo 2 (2004), which ran games lasting ten minutes at a time on Videogame Carnival’s The Ring. 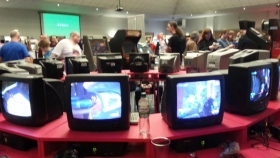 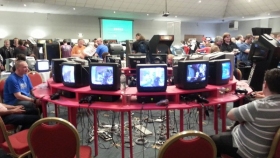 Major kudos to whoever brought us this gem. From the movie Wreck-It Ralph (2012), someone coded and built this masterpiece – a cabinet based around, and which plays the game Fix-It Felix, Jr as shown in the game. It’s a very difficult game to play, so I never got to find out if there’s more than one level, but it was such a treat to sample its wares. 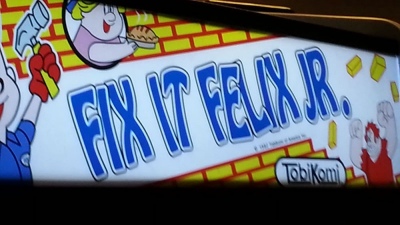 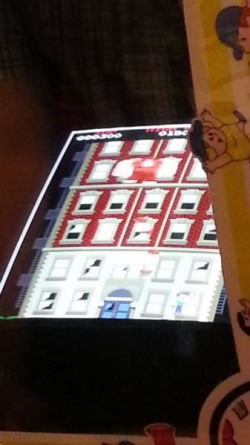 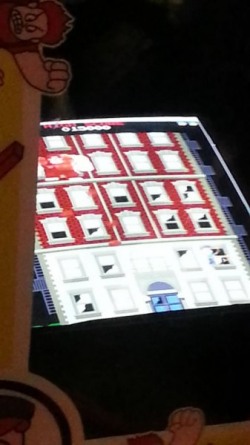 Two more arcade treats, Street Fighter (1987) and one of two Candy Cabs arcade units. I had no idea what the game was called, although it featured lots of explosions (which probably doesn’t help). Finally, as an aside, a picture of one of scores of games for sale, Super Skidmarks (1995) on the Amiga. Who doesn’t still spot Super Skidmarks on a regular basis? Stop lauging at the back… 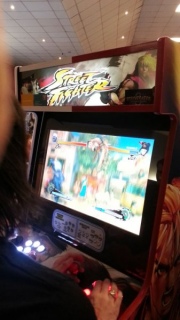 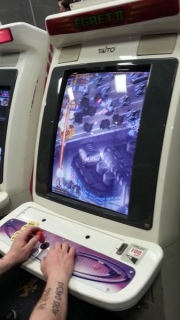 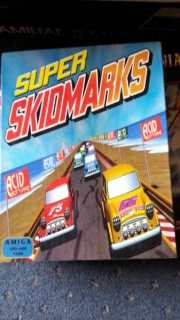 Then I moved on from skidmarks to playing with my balls… pinballs to be precise. I’m no pinball wizard, but I do like to pull my plunger and twang it back and forth of an afternoon, and there were four lovely-looking machines on display. The first two are pictures from The Shadow, which started life as a number of serialised dramas in 1930s pulp novels before later being made in a number of films, the most famous of them, albeit not brilliant, being the 1994 movie starring Alec Baldwin, hence why his face is on it.

Below it are the other three: Bram Stoker’s Dracula, Street Fighter II and No Fear. 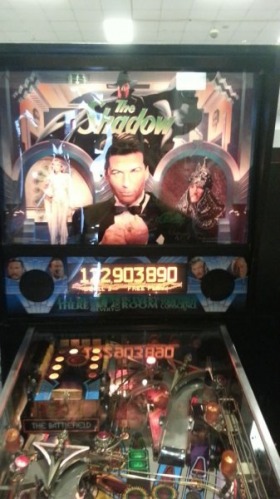 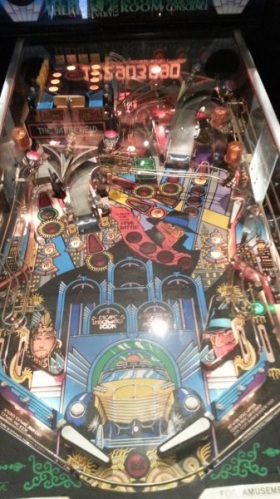 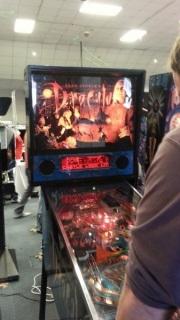 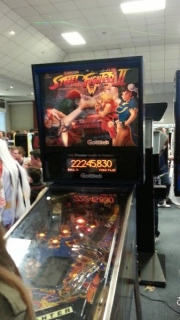 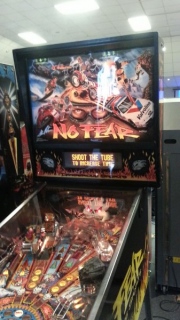 Although there were massively more arcade machines of fun at Revival 2013, I didn’t take pictures of too many of them because I wanted to play them more. So one of the last to be enjoyed was NBA Jam, a four-player game, and while I was only one man, by luck there was a family of three who were a player short. Not far was a working Amiga CD32 (another bad picture of mine, alas) and a Commodore 64, whose innards had been replaced by a PC because they never had graphics like that in my day 😉 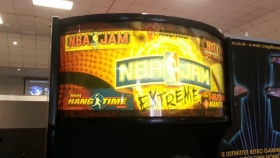 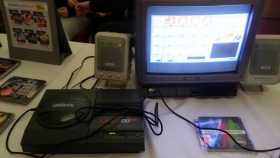 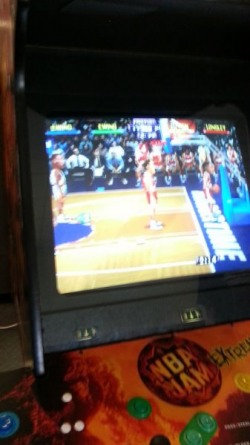 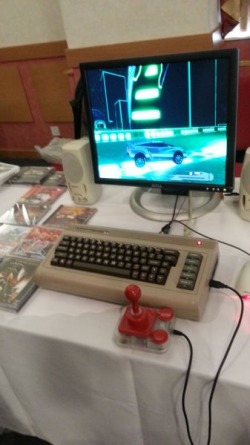