Next up, is Boulder Dash on the Commodore 64 and, below, Pacman on the Nintendo Gamecube. 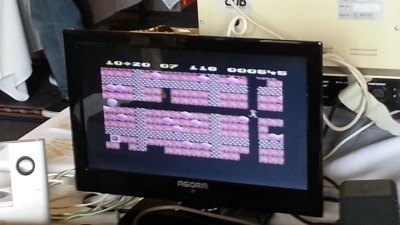 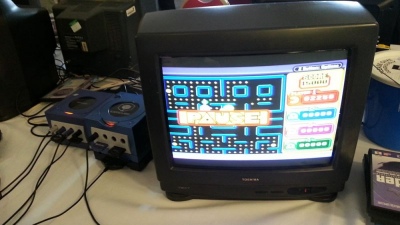 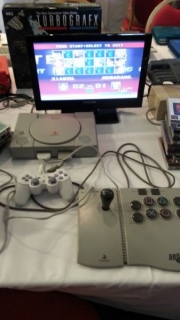 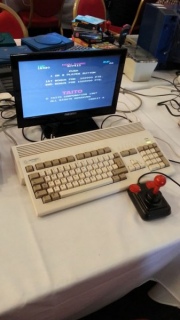 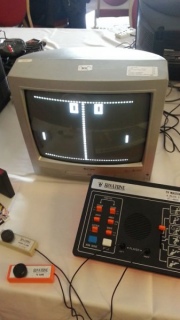 The original and wonderful 6-switch Atari 2600 (1977) woody playing Donkey Kong (below) and Adventure (below-left), and a Sega computer system (below-right), the exact specifics of the latter escaping me, but it was playing Hyper Sports. 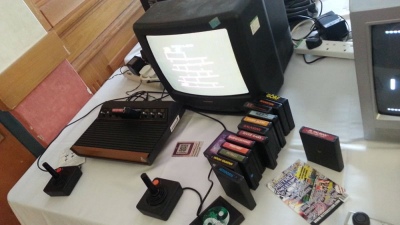 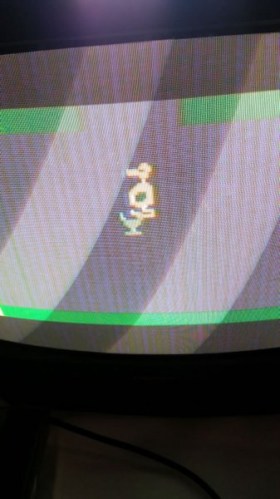 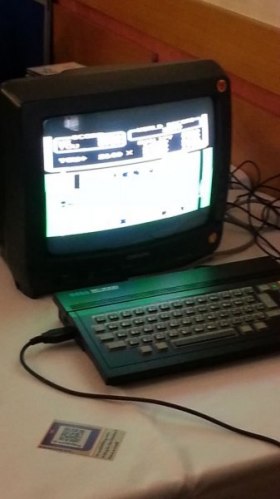 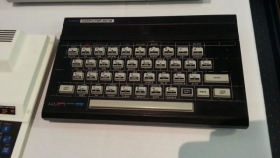 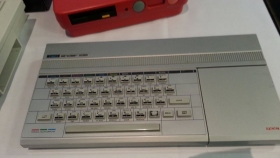 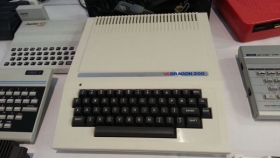 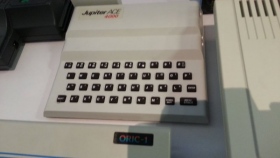 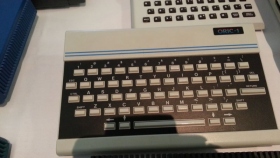 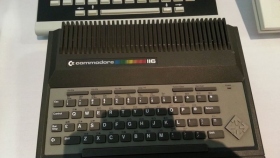 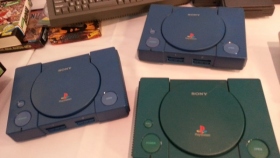 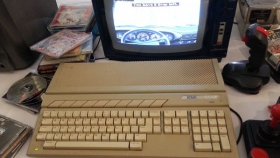 And two more from this section, a classic Sinclair ZX80 (1980) and an Amiga CD32 console, which wasn’t working here and after being released in September 1993, was discontinued only months later in April 1994. 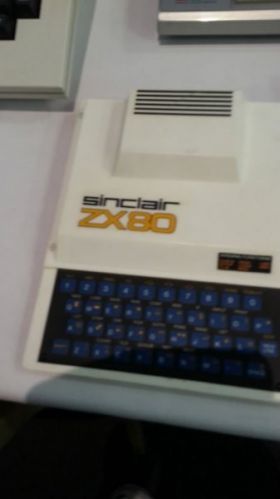 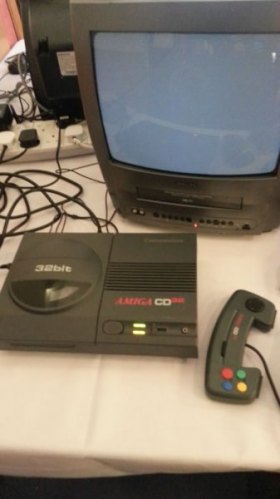