Next up, the Atari 800XL (1983) playing the bizarre Typo Attack (there were other cartridges available to play, but this one was a curiosity and I wanted to get round more machines. 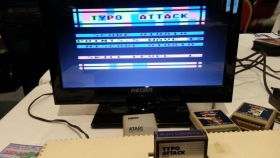 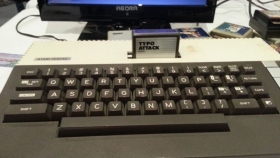 Naturally, I couldn’t pass up a game of Soul Calibur on the Sega Dreamcast (1998) – an amazing console so cut down well before its time, which also came complete with a full joystick unit, a joypad with VMU (Visual Memory Unit) (which featured animated characters with this particular game) and a keyboard (which wasn’t required for this game). 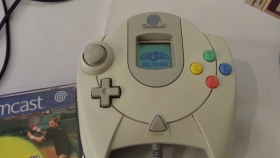 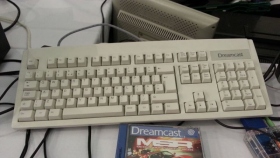 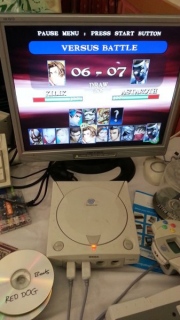 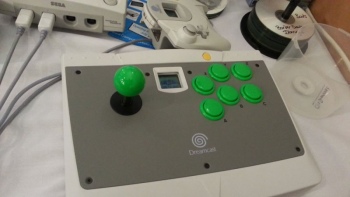 Getting close to the end of the far bank of retro consoles and computers, I saw another Commodore Plus/4, this one playing Space Warrior, a Sega Master System (1985) playing Psycho Fox, although other games were available, and the short-lived Sinclair QL (1984), shown playing Scramble. 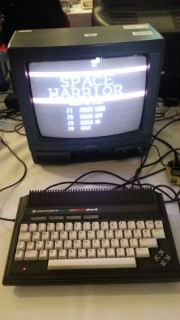 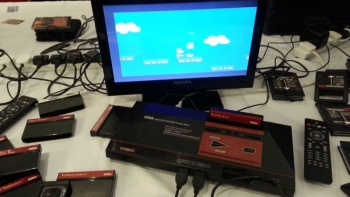 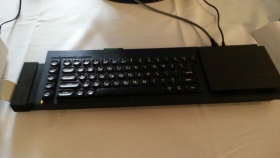 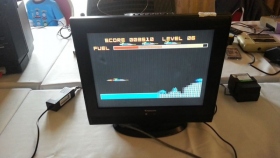 And to complete the lot, a bizarre-looking item, the Philips Videopac G7000 (aka Magnavox Odyssey²), shown here with two different games, the second of which I remember was called Monkey Shines (bottom-right). 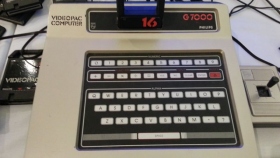 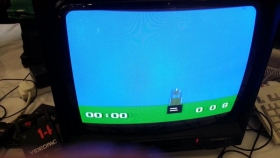 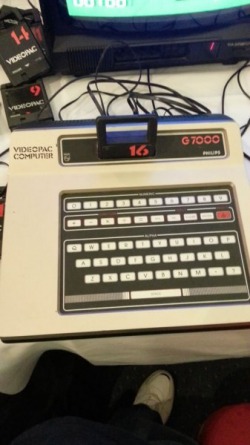