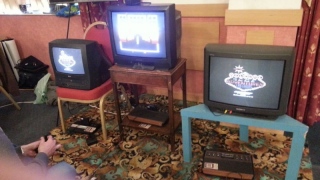 Of all the consoles to still be spawning new homebrew games, the one I grew up with originally – the Atari 2600 – is still alive and well. July 2010 saw the release of Halo 2600, for example, and now we have Welcome CGE Adventures: Las Vegas, a game I only played briefly – but at an event like Revival 2013, you had to do this just to be able to try and get round all the machines in one day – and one where I enjoyed working through what is effectively a maze as I went through the Hotel Entrance and then onto the Vendor floor. 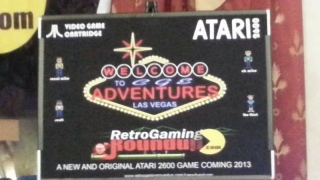 Programmed in a similar style to the all-time classic Adventure, this video will give you a flavour of what the game is like .

One of my favourite things in life if my Turnarcades MAME Arcade machine, and Turnarcades were present with a number of machines, but the first thing that caught my eye was this clear control panel: 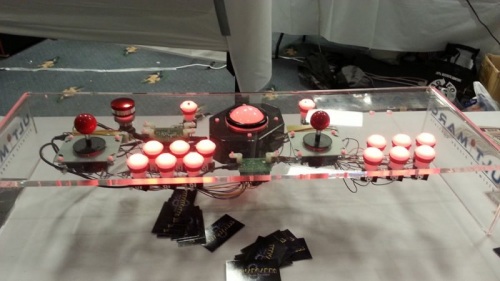 And they also had the glorious Vectrex, one of the many machines I’d never played before. I played both Minestorm (better known in other circles as Asteroids) and Scramble. 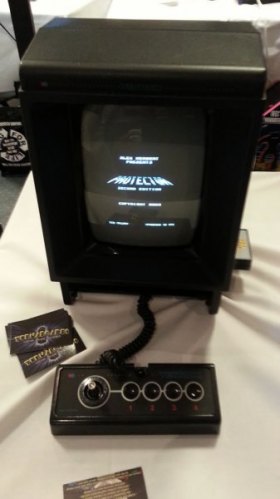 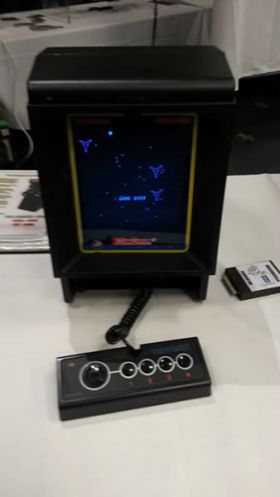 And on the other side of their stand, they also had this gorgeous beast, with built-in projector. I want one!! 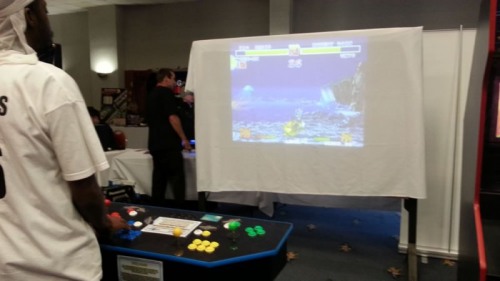