Before the next set of computers, here’s a few handhelds which were on the table inbetween: On the top pic, there’s Scramble and Astro Wars, as seen earlier, plus Caveman. Below, Astro Wars is joined by a Sega Game Gear! 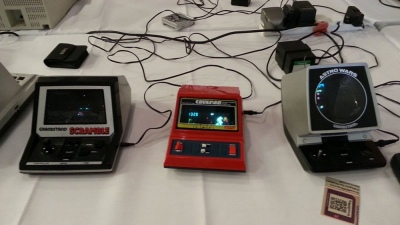 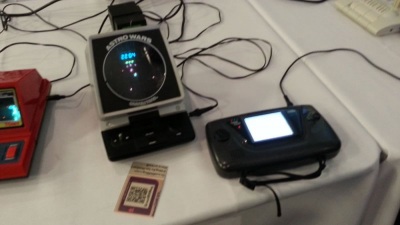 And here we have a lovely little selection of handhelds on the left, with a Quickshot Supervision on the right, which I hadn’t seen before, but came out in the 1990s and was a UK version of an Asian console designed to compete with the Nintendo Game Boy. 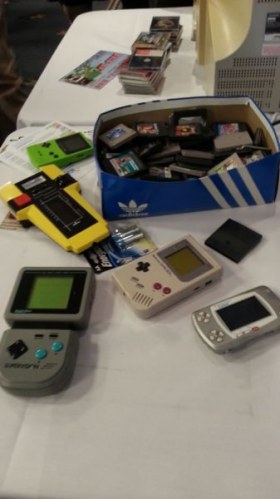 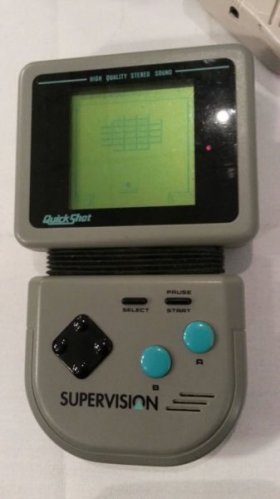 Back to the computers, and this is an Amstrad CPC 6128plus (1990) (right), that and the 464 equivalent intending to replace the CPC-labelled predecessors.

Around the same time, Amstrad also ventured into the console market with the GX4000. You can see, from that link, that they share the same controllers. I hadn’t seen the computer before so, like the console, I can only assume its life, too, was short-lived.

The game on display here, is Burnin’ Rubber.

Next up, a very rare find: something I’d only heard about before but never seen in the flesh, so to speak – a Nintendo Virtual Boy, another short-lived unit, but one which plays very effective 3D graphics and I played Mario’s Tennis. 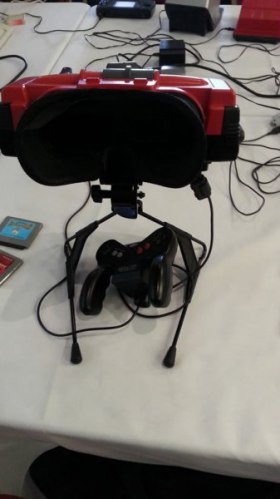 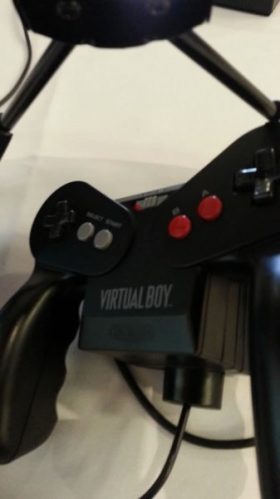 R-Type on a blurry-looking Amstrad CPC6128. 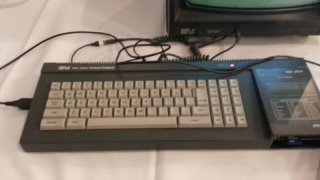 And then Moon Cresta on a Dragon 64, the more powerful version of the Dragon 32, which a friend of mine used to own, back in the day.

I so loved going round his house to play Ultimate Adventure 4!

Get a load of that wacky joystick too! 🙂

The EACA EG2000 Colour Genie (1982) was a curiosity as it was another machine I’d never comes across in person, and was something I’d only read about. I don’t know the name of the game I was playing, but it had a similar style to Manic Miner. 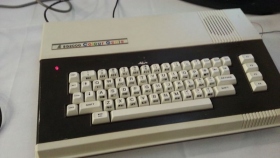 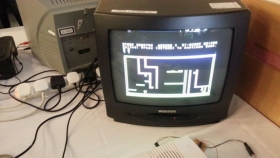